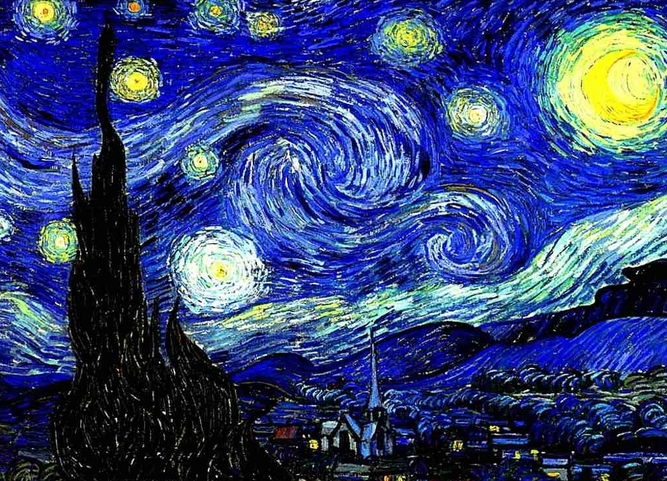 “As a suffering creature, I cannot do without something greater than I – something that is my life – the power to create” – Vincent van Gogh

Vincent Willem van Gogh was a Dutch post-Impressionist painter, notable for painting rough beauty and emotional honesty in bold colors. A son in a family of eight, van Gogh quickly found his passion. He loved art from an early age, drawing as a child and continuing throughout the years leading to his decision to become an artist. However, van Gogh didn’t begin to paint until his late twenties, completing some of his best works to date in his last two years of life. He produced more than two thousand one hundred artworks: eight hundred and sixty oil paintings and over one thousand three hundred watercolor paintings, drawings, prints, and sketches. Self-portraits, landscapes, flowers, and cypress trees were the common themes of van Gogh’s paintings.

Vincent van Gogh is one of the most important figures in art, creating one of the most important painting legacies to be successful in enriching the world. His story is a great one, living a life filled with wonderful highs and devastating lows. There are many aspects to The Starry Night that intrigue those who decide to engage themselves in this image. It is interesting that each feature of the painting has the ability to affect each individual differently. The symbols are highly exaggerated, such as the swirling clouds, luminescent stars, and bright crescent moon. Nevertheless, this is a scene that many of us can relate to and one that many people feel comfortable and at ease with. The complex movement of the sky keeps the viewer involved in the painting while being consumed by the striking features.

In the landscape of The Starry Night, one would believe that van Gogh’s own spirit reigns on its own domain, and that the life that he portrays in the sky becomes his reality.

This video is for Andy...

"Listening to Vincent (Starry, Starry Night) today, the lyrics made me cry just thinking about all of Andy's layers just like van Gogh's palette...a mixture of tones and hues juxtaposed on top of each other.  Gifted children have the most sensitive souls...they cry inside for others but often don't let it show or express it in words.  My heart aches that Andy suffered about so many things.  Just like the song says...This world was never meant for one as beautiful as Andy."  Lila